This collection includes the second, third, and fourth editions of Soviet Foreign Policy Today, the sixth edition of Russian Foreign Policy Today, as as well as the supplement to the fifth edition of Russian Foreign Policy Today. The publications contain English translations of foreign policy related articles published in Soviet newspapers from the 1950s to the 1990s. The translations and abstracts in this collection all appeared previously (without commentary) in weekly issues of The Current Digest of the Soviet Press. The articles are grouped by topic into sections that include an introduction that puts the press materials in context for Western audiences.

See below for individual title information. 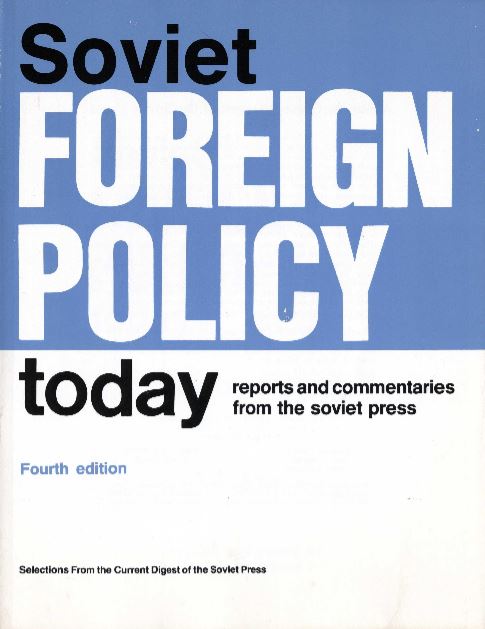