A Russian Journal on China, Japan and Asia-Pacific

Far Eastern Affairs is a quarterly peer-reviewed journal of the Institute for Far Eastern Studies at the Russian Academy of Sciences. Published by East View since 2002, the journal provides in-depth multidisciplinary and interdisciplinary discussion of Russia’s relations with China, Japan, North and South Korea, as well as other countries of the Asia-Pacific region. As such the journal introduces its vast contingent of readers, both in Russia and abroad, to the region’s rich history and culture, politics and economic state of affairs. It does so by providing cutting-edge research and commentary on a broad array of topics and issues of interest to specialists and non-specialists alike.

Since its inception in Russian in 1972 (in English – since 1974) the journal has become the premier scholarly publication in Russia that provides deep insight into and new information about the region as well as Russia’s role in shaping its social and political dynamics by attracting works from well-known scholars, practitioners, statesmen, diplomats, and analysts. Its primary objective is to cultivate and maintain a long-lasting, relevant, and academically rigorous scholarship on one of the strategically and geopolitically most important regions in the world.

Interested in the full archive of Far Eastern Affairs?

East View offers the complete digital archive for this title – visit eastview.com/far-eastern-affairs for more information or to request trial access. 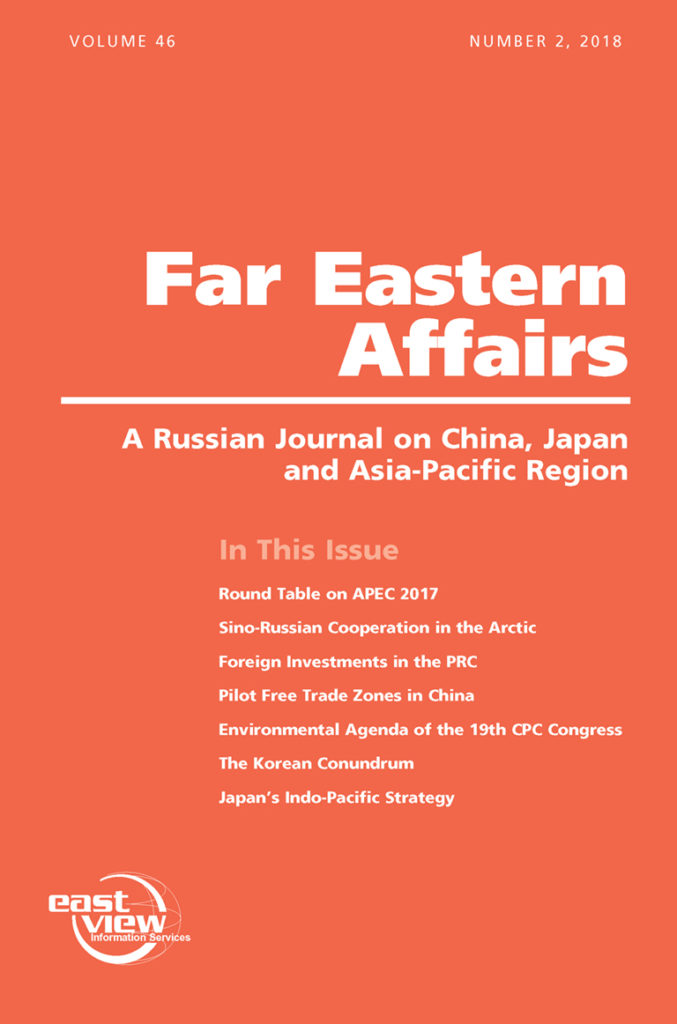 China, the United States, and Russia on the Way to Reworking the World Order