A Russian Journal of World Politics, Diplomacy and International Relations

Offering unique, first-hand analysis of major foreign policy and security issues facing Russia and other former Soviet republics, this internationally renowned journal is the English translation of the Russian-language journal Mezhdunarodnaia zhizn, which is published by the Ministry of Foreign Affairs of the Russian Federation. The editorial board of this journal is traditionally headed by the minister himself, while the journal’s contributors are primarily experienced, high-ranking diplomats. As such, International Affairs is an excellent primary source for anyone interested in the course of Russian policy in foreign affairs. International Affairs often includes material from independent analysts, whose opinions may or may not differ from the official line. Roundtable discussions on topical world issues will also usually include representatives from the Russian Academy of Sciences, as well as from think tanks and universities.

Published in English by East View, International Affairs sheds light on issues of foreign policy and diplomacy of Russia as well as:

East View offers the complete digital archive for this title – visit eastview.com/international-affairs for more information or to request trial access. 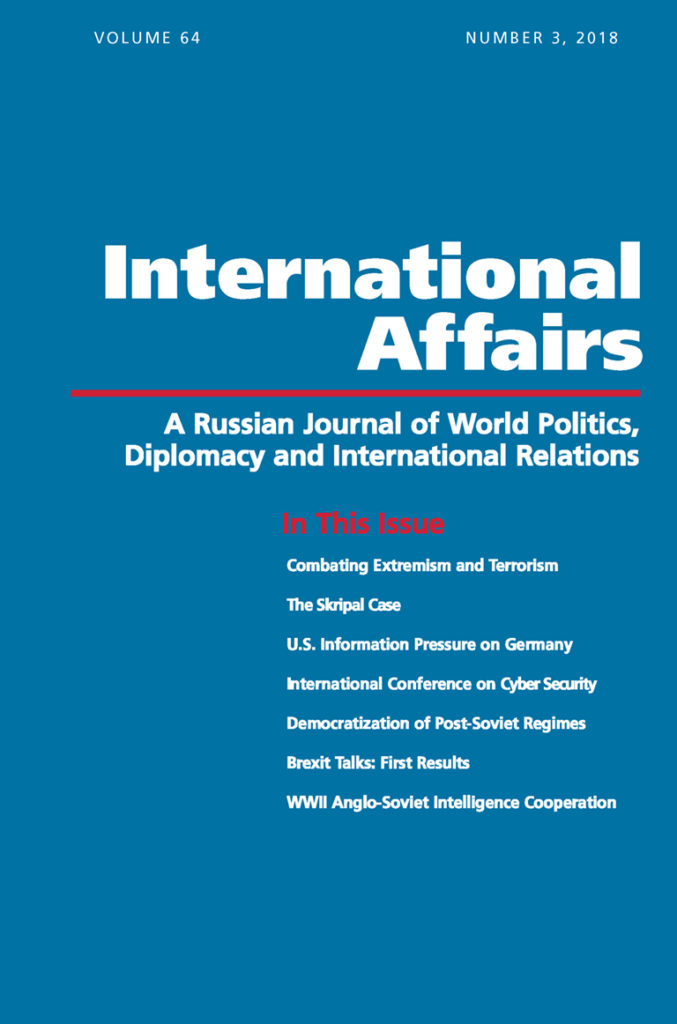 The Political and Legal Landscape of the Alaska Phenomenon