The Current Digest of the Russian Press

The Current Digest of the Russian Press is a leading publication in the field of Soviet/Russian area studies. Each week, it presents a selection of Russian-language press materials, carefully translated into English. Intended for use in teaching and research, the translations are thus presented as documentary materials without elaboration or commentary, and state the opinions and views of the original authors, not the publishers of the journal.

Interested in the full archive of The Current Digest of the Russian Press?

East View offers the complete digital archive for this title – visit eastview.com/current-digest-russian-press for more information or to request trial access. 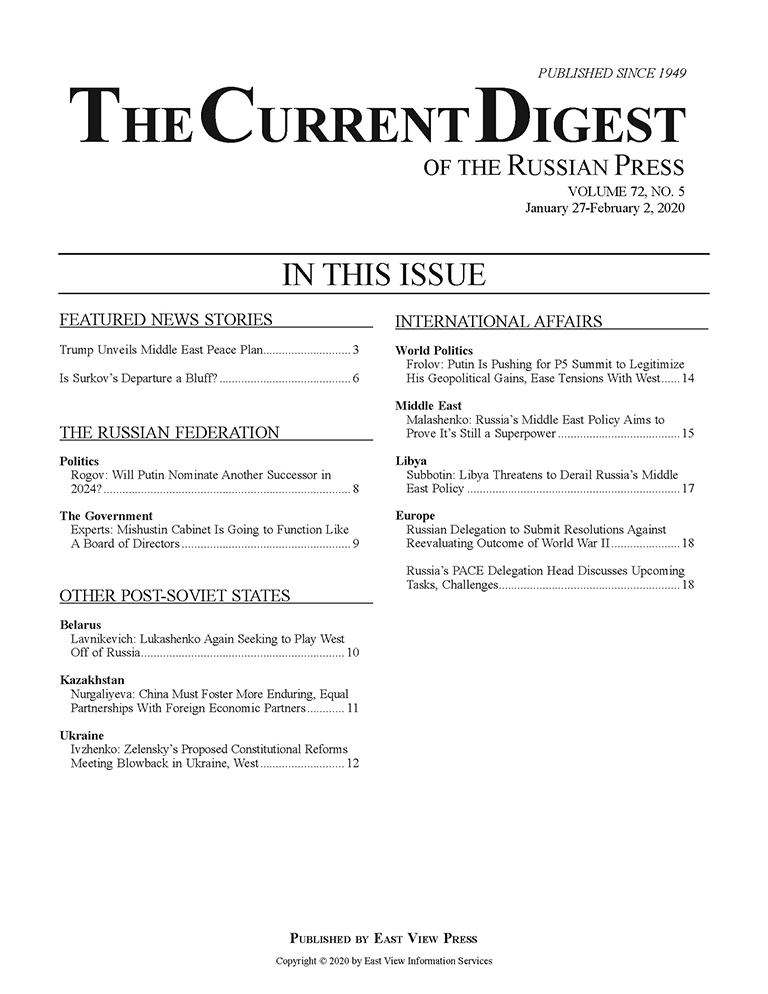 Articles translated for The Current Digest include important news and information from the leading dailies and government reports of the day. During the Soviet era, hundreds of other special interest journals and authoritative sources were also scoured for relevant articles to include.

Along with general news articles, The Current Digest carried translations of all important documents of the Communist Party of the Soviet Union and the Soviet government, providing an impressive documentary record of: