War in Syria: Russian Press Coverage, 2015-2017 fills a unique niche in political and military studies by presenting key events in the Syrian civil war—the deadliest conflict of the 21st century—from a perspective that differs markedly from Western reportage.

Coverage starts with Russian President Vladimir Putin’s September 2015 decision to send military forces into Syria. The book closes on a hopeful note, just after the signing of the May 2017 Astana agreement to establish “safe zones” in the war-torn country.

Articles are authored by a broad range of Russian commentators, including diplomats, military experts, political analysts and journalists. Publishing sources are all based in Russia, but they run the gamut from state-sponsored newspapers to independent online journals. Carefully translated and annotated, War in Syria contains material never before published in book form in English. This collection is a must-read for students, professors, researchers, journalists and anyone else wanting to learn more about Russia’s role in the Middle East in particular, and in geopolitical conflicts and diplomacy in general. 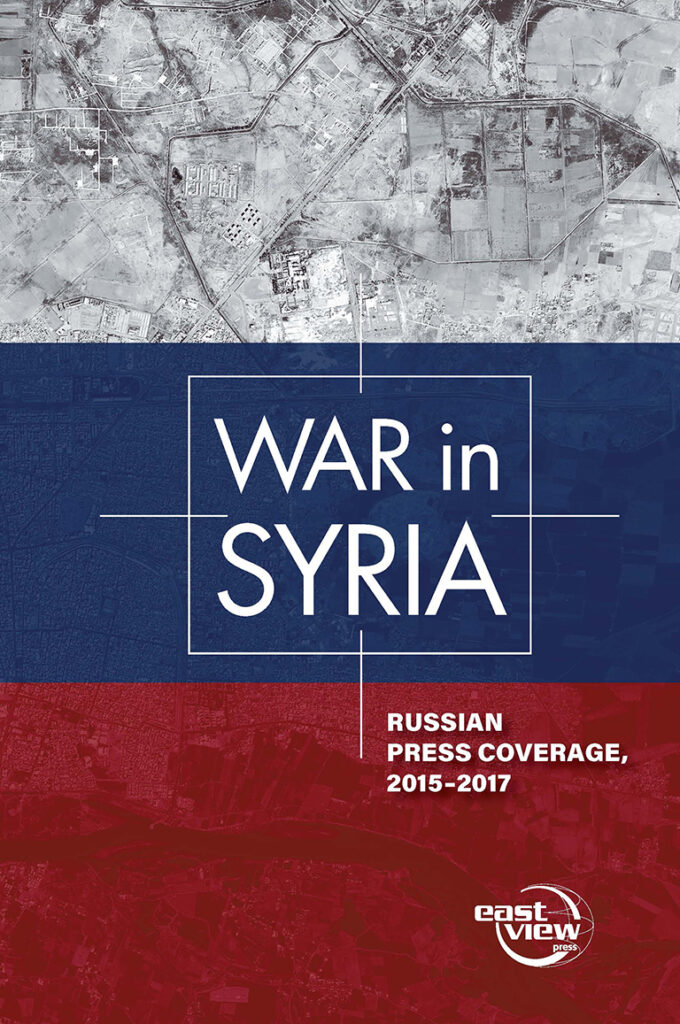