At the outset of the 1991 coup attempt by conservative hardliners, the leaders of the coup decreed a “temporary limit” on the publication of all central and Moscow newspapers, save for a handful of those obviously sympathetic to the putshchists. The Coup: Underground Moscow Newspapers presents a chronological compilation of rare newspapers published underground during the period of August 19-21, 1991. To our knowledge, these newspapers represent a complete collection of what was published during what has been called the “three days that shook the world.”

This exceptionally rare collection consists of facsimile reprints of actual editions of these papers, all but a few of which were published originally on office copy machines using whatever paper was at hand. The editions presented in this book are identical to the originals – there have been no deletions or additions of any kind. This collection is arranged in chronological order in three sections, which correspond to each day of the attempted coup. 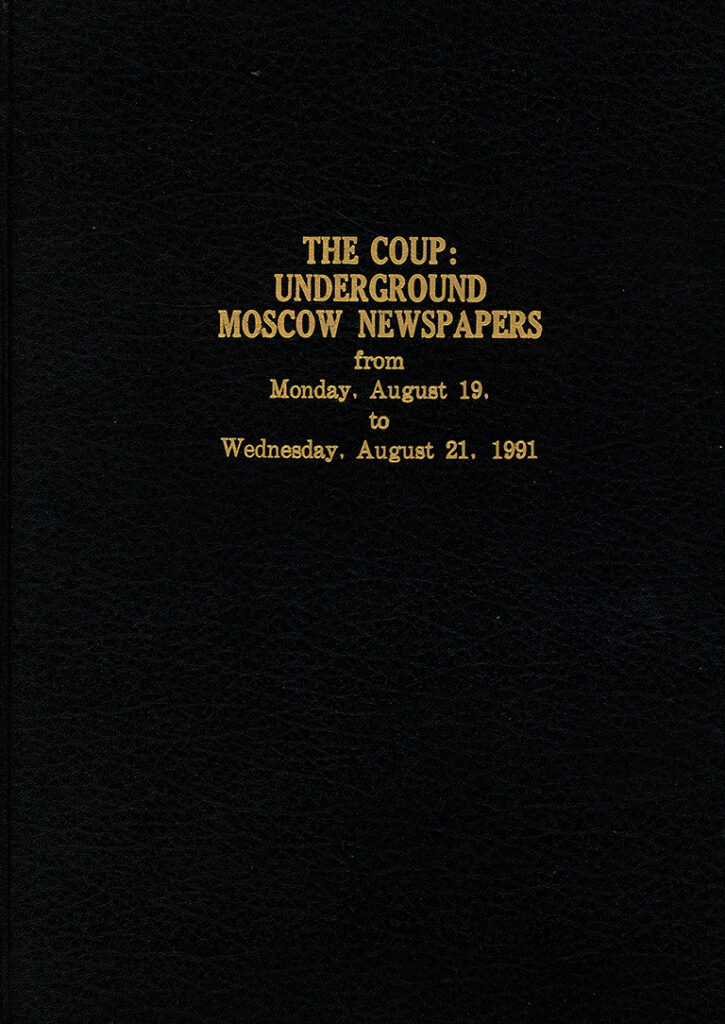 The Current Digest of the Russian Press
Interfax: Breaking into Global News
Countdown to War in Georgia