Shooting Star: China’s Military Machine in the 21st Century is an objective study of the developments and progress made by China’s defense industry over the last twenty years, including an in-depth analysis of China’s arms imports and exports. Written by Moscow’s prestigious Centre for Analysis of Strategies and Technologies, this book presents a highly detailed account of the major corporations that make up the current structure of China’s defense industry and a thorough survey of China’s activities on the international arms market. As a long-time exporter of arms and various defense technologies to China, Russia is in a unique position to evaluate the changes and developments that have taken place within the Chinese defense industry over the last few decades.

Shooting Star consists of three sections. The first section outlines China’s key defense corporations in all defense industry segments, the various government agencies that oversee these state-owned corporations and the activities of each corporation and their various subsidiaries. The section concludes with two case studies from China’s defense industry: military shipbuilding, where tremendous growth has occurred, and aircraft engine production, a segment in which China continues to struggle. Yet despite such struggles China’s advancements in both segments have been impressive and its capabilities only continue to improve.

In the second section, China’s arms imports and military and technical cooperation with various exporters are examined. Particular focus is paid to the import of Russian weapons and defense technology, as well as to China’s cooperation with Israel and Europe.

The third section of the book focuses on Chinese arms exports, specifically exports during the period from 1992-2010. Included in this section are detailed accounts of Chinese exports to such countries as Pakistan, Iran, Burma, Egypt, Sudan and North Korea, as well as to other Chinese defense customers and partners. The section closes with an exhaustive list of the weapons categories China offers to its foreign customers with detailed information on the various weapons series and systems.

Shooting Star: China’s Military Machine in the 21st Century was compiled using numerous Russian, Chinese and American sources, and features a number of tables and an index. 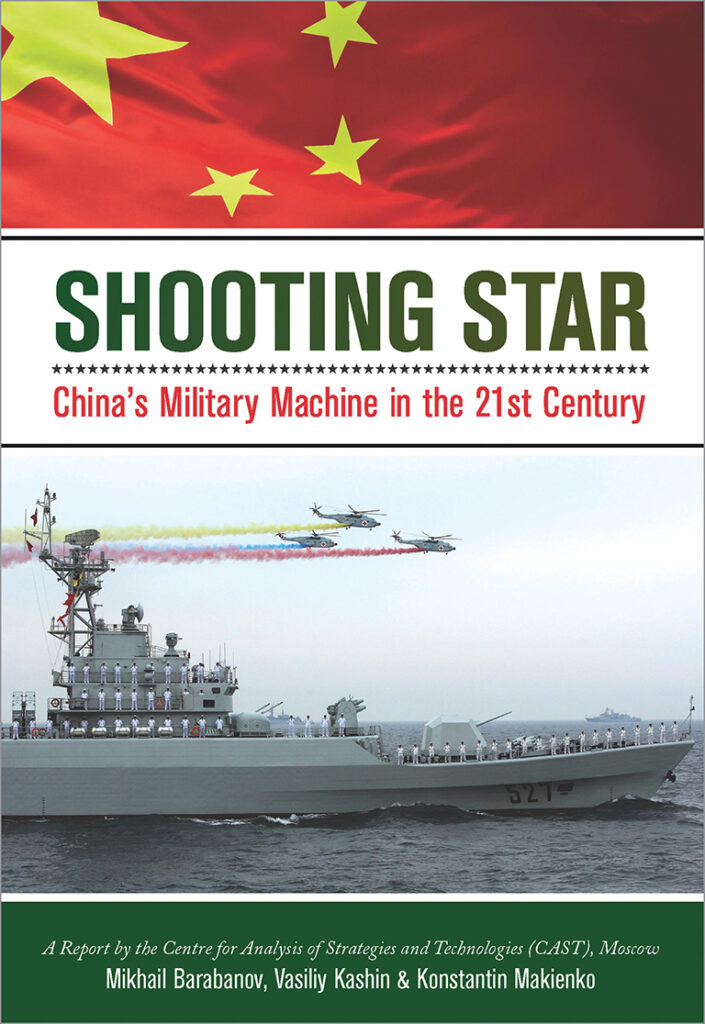 Chapter 2 China on the Arms Market
2.1    China’s Position
2.2    Russia on the Chinese Defense Market
2.3    Cooperation with Other Exporters
2.4    Latest Trends on the Chinese Market

Notes
Index
About the Authors