Special Operations Forces From Around the World

Elite Warriors: Special Operations Forces From Around the World is the latest book from the Centre for Analysis of Strategies and Technologies (CAST), a Moscow-based think tank focused on military and security issues. Presenting a collection of essays by leading military and security analysts, Elite Warriors offers a detailed assessment of the organization and capabilities of a selection of special operations forces from around the world.

Including countries such as China, Iran, Israel, Jordan, Poland, Russia, Turkey, and Ukraine, Elite Warriors gives a comprehensive breakdown of the current composition, roles and chain of command of the various types of elite forces within each country. Also included are details concerning personnel recruitment and training, weapons and gear, brief histories and select combat records. Elite Warriors is an ideal reference for anyone interested in the unique role that these special forces play in their respective countries. 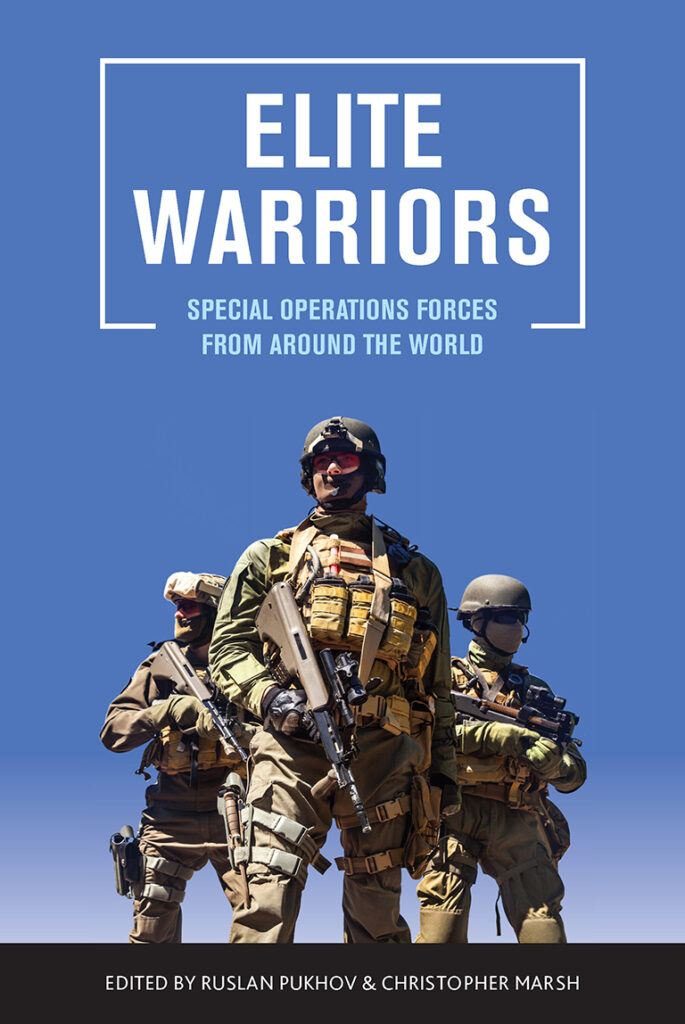 Editor Ruslan Pukhov is the cofounder and director of the Centre for Analysis of Strategies and Technologies (CAST), a private Moscow-based think tank, founded in 1997. Pukhov graduated from the Moscow State Institute of International Relations (MGIMO) in 1996 and attended the French-Russian Master d’Etudes Internationales Sciences Po as a postgraduate student in 1996-1997, while serving as a researcher for the Conventional Arms Project (PIR Center). Pukhov has been a member of the Public Advisory Board of the Russian Defense Ministry since 2007. He has published numerous op-eds in the New York Times, Financial Times, and Vedomosti newspapers, and he has given speeches at internationally recognized think tanks, including the International Institute for Strategic Studies (IISS), Center for Strategic and International Studies (CSIS), and Norwegian Defence Research Establishment (FFI).

Editor Dr. Christopher Marsh is editor of Special Operations Journal and a professor of national security and strategic studies at the US Army’s elite School of Advanced Military Studies (SAMS) in Fort Leavenworth, Kansas. He is a subject matter expert in the field of special operations and Russian military and defense issues, and has consulted for numerous agencies in both the intelligence and defense sectors, including the Pentagon and USSOCOM. His latest publications include Russian Foreign Policy: Interests, Vectors, and Sectors, with Nikolas Gvosdev of the US Naval War College, and Developments in Russian Special Operations: Spetsnaz, SOF, and Special Operations Forces Command. He received his Ph.D. in political science from the University of Connecticut in 1998 and did post-doctoral work at the Russian Academy of Sciences.